In spring 2022, Officer Anthony Craft was selected as the next K9 Handler for the McFarland Police Department. Craft has 11 years of police experience and has had a strong interest in Police K9’s which started back during his police internship in college. He decoyed (AKA, a doggy chew toy) for three years in civilian police and occasionally worked with K9 handlers during his service in the military.

K9 Rudy is a two year old, black and tan, male German Shepherd, who was born, raised, and initially trained in Germany. In March of 2022, he was purchased from a kennel in Germany by Steinig Tal Kennels in Fond Du Lac, WI, in April. Upon arriving in Fond Du Lac, Steinig Tal continued more work with Rudy until the new handler, Officer Craft began training with him. Rudy and Officer Craft bonded over a few weeks leading up to the start of the Police K9 Academy at Steinig Tal through May. 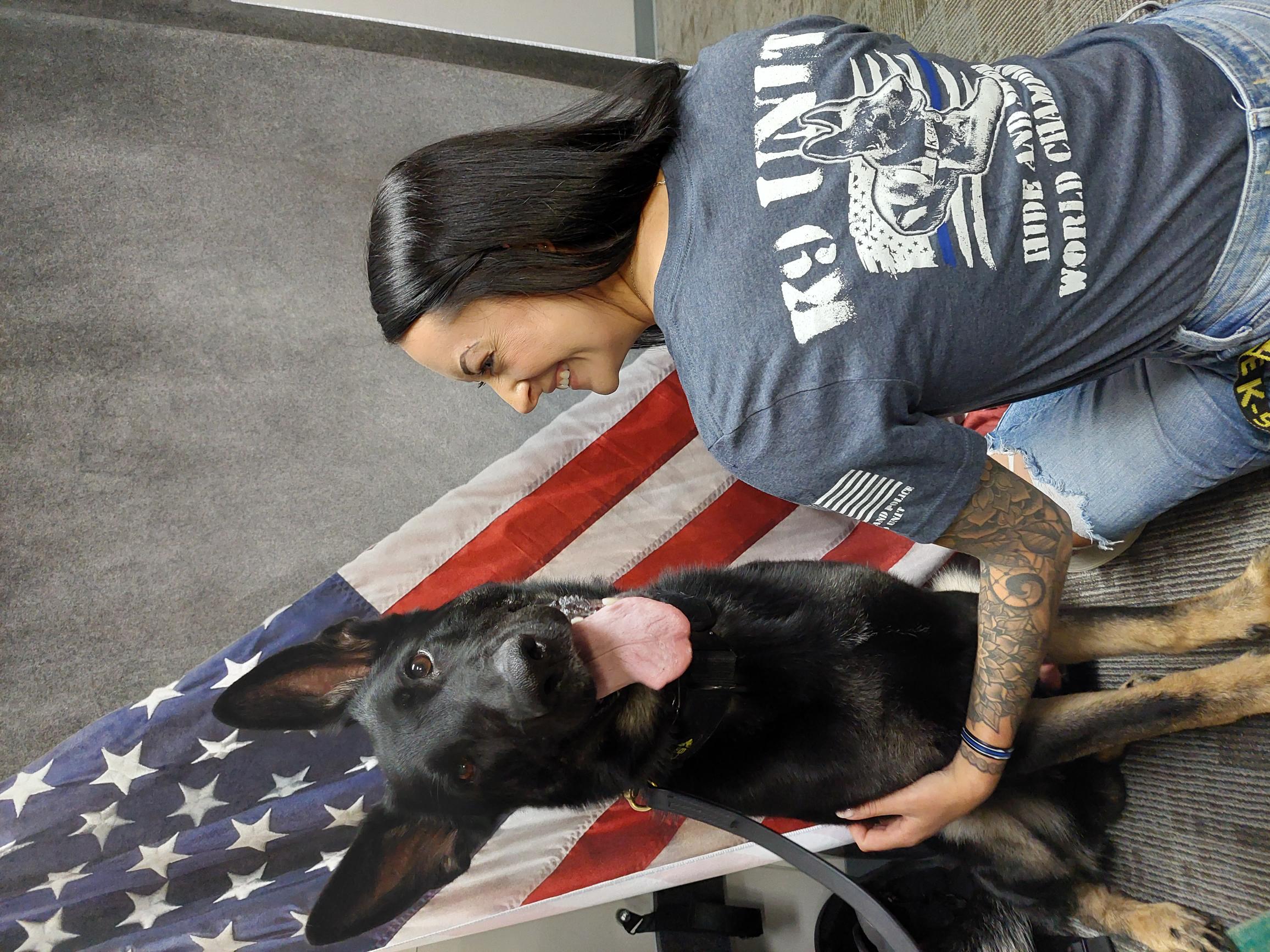 K9 Rudy finished the Academy somewhere in the top three of his class! (There were three recruits). Since finishing, he has shown continued drive, motivation, energy, and "just wants to keep working!"

K9 Rudy and Officer Craft continue to attend training at least twice a month and do additional training on shift and at home when they're able.

Did you know that the K9 unit is funded solely through donations and fundraising? With the new K9, the purchase will cost around $14,000. These donations cover purchases training, vet bills, food, dog equipment, etc. Additionally, the K9 unit is in need of a new squad car (estimated $60,000), as the current car is aging, racking up miles, and technology is becoming dated. They hope to purchase this new squad within the next year for the new K9.

Interested in purchasing from the K9 shop? Visit their online store to buy apparel, sign up for the annual golf outing, monetary donations, and more. All proceeds go directly to the K9 fund.

Another key way in which the K9 unit fundraises is through their annual golf outing that takes place each July. More information regarding this event can be found via the McFarland Community Calendar.

The Department proudly implemented its first ever Police K9 Unit in November of 2014.

Boris, a German Shepherd originating from Slovakia and purchased by the Department in June of 2014 from Midwest K9 in Des Moines, Iowa, was the first K9 for McFarland. Boris spent the summer of 2014 training with Midwest K9's master trainers, and then completed an extensive training program with his initial handler, Officer Ryan Copeland in the fall of 2014. Boris was trained in narcotics / drug detection, suspect apprehension, article recovery and protective patrol tactics. 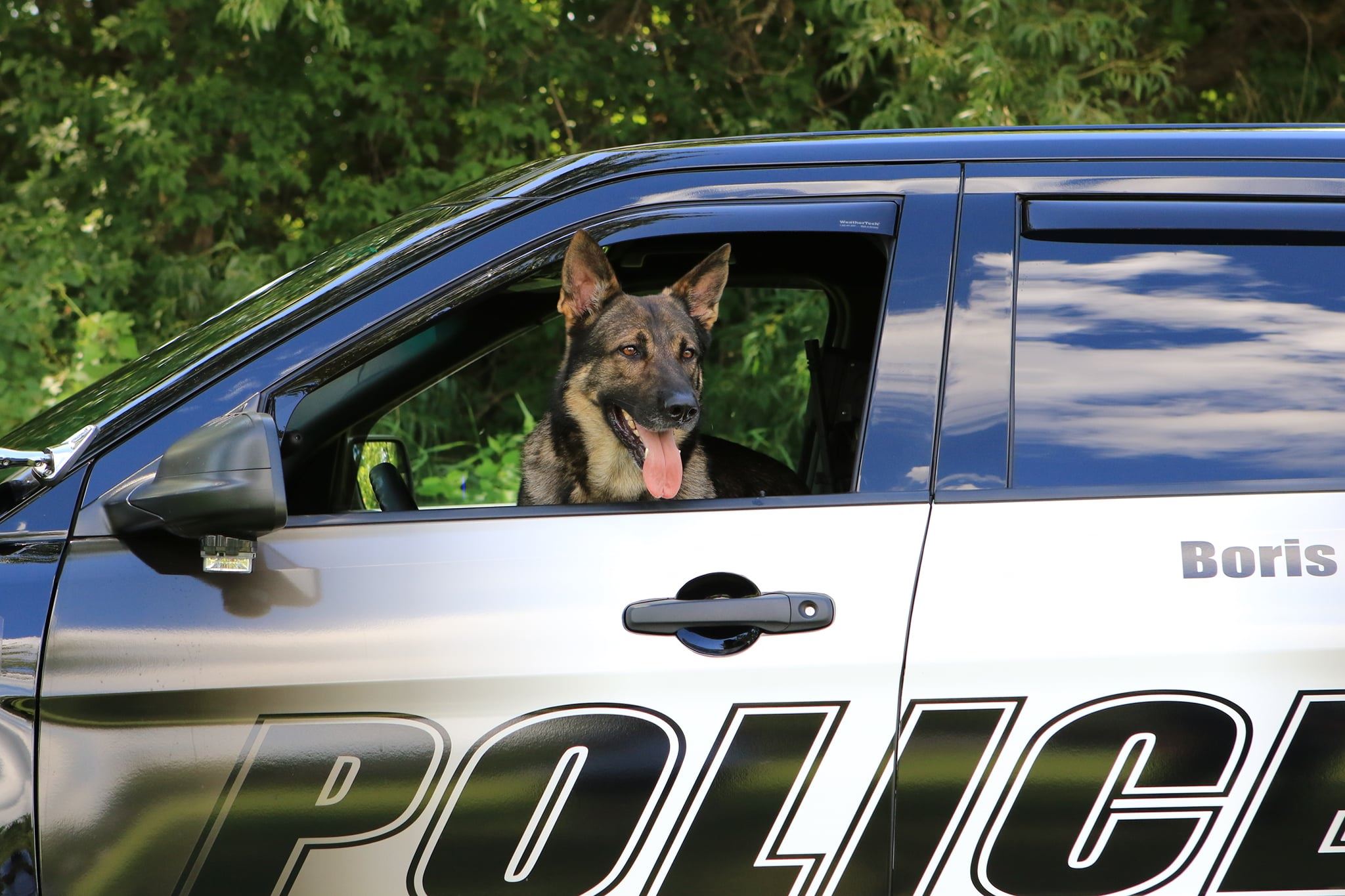 In May of 2015, Officer Copeland and K9 Boris were one of only three K9 Teams to receive perfect scores during recertification training.

Following the passing of Officer Copeland in November of 2015, K9 Boris was transported to his trainer where he continued to receive care and training. Jeremy Job, a sergeant at the time, was selected as the new handler.

In summer of 2021, the Department had a bittersweet good-bye as Boris reached retirement after serving for seven years.

Scan the QR code to visit the online K9 store! 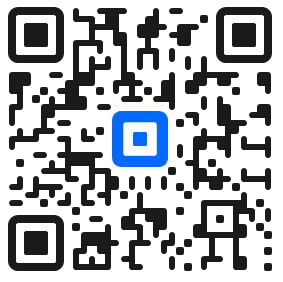