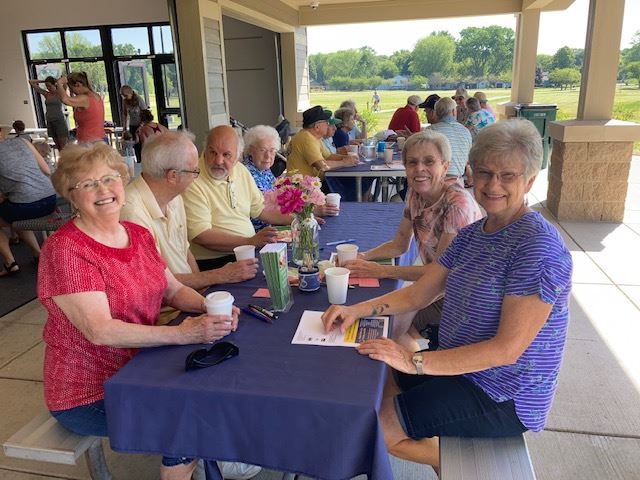 Tune in from the comfort of your home twice per month to view curated classic movies as part of our Senior Film Fridays series. Each month presents a different theme for the selected films. Showings will begin with a McFarland Senior Services News Flash followed by the film. 2022 Fall Line Up:

If you have questions regarding Senior Film Fridays, contact McFarland Cable at 608-838-6717.

According to Wikipedia, "Mah Jongg is an exciting tile-based game that originated in 19th century China. Similar to the western game of rummy, Mah Jongg is a game of skill, strategy and luck. Game play involves tiles placed strategically using critical thinking which is very helpful for brain health." For those familiar with the game, the group follows national rules. Open to new or experienced players. Tiles are provided.

If you would like to touch lives in your community using your creative sewing, knitting or crocheting skills, consider joining the McFarland RSVP Sewing Group. Volunteers create items like quilts, afghans, shawls, fidget/activity quilts, mittens, face masks and more to donate to nonprofit organizations to help people of all ages throughout Dane County. The McFarland group partners with RSVP of Dane County to determine projects and distribute completed items. If you prefer to work independently, volunteers are welcome to create items at home and then bring the completed projects to the meetings. Supplies such as yarn, thread, and fabric are available.

The sewing group welcomes new people who can donate some time at the group meeting or in their own homes to make items. Donations of supplies for the projects are also welcomed. For questions about group participation or donations, contact McFarland Senior Outreach at 608-838-7117.

According to Mayo Clinic, "Tai chi is an ancient Chinese tradition that, today, is practiced as a graceful form of exercise. It involves a series of movements performed in a slow, focused manner and accompanied by deep breathing. Tai chi can be a positive part of an overall approach to improving your health. The benefits of tai chi may include: